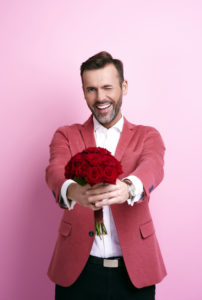 It appeared to be quite a normal day in the office, working through tasks as usual with thankfully nothing too challenging in my inbox! How come, when it’s relatively quiet like that, you always get that sixth sense that something a little trickier is looming?

Sure enough, I received an email from one of our secondees in China who had been there for a couple of years and was providing us with his latest family status.

The right thing to do

Previously, not long after he had started his assignment, he had written to tell me he had met someone, and they had moved in together. What lovely news – hurrah for Toby*.

At the time we had a quick chat as a team and decided we could add his new partner to his allowances as, typically under our policy if people are cohabiting on secondment, they would be entitled to increased COLA etc in line with their host family size. This was all set up and we didn’t hear any more on the matter for a few months.

Then we had another email from Toby to say that sadly the relationship had ended…… but not to worry he had met someone else and this person was now living with him?!  He asked that the names were changed on his policy but that the allowance stayed the same in line with a family size of 2. We scratched our heads a little on this one. However, unfortunately concluded, we had set a precedent on the matter and therefore left his allowances as they were.

Fast forward another few months and sadly for Toby this relationship did not last either and we had to revert his allowances back to a single-family size.

Thinking no more of it and that we would not be hearing much more from him we forgot all about the issue. Until this morning’s email telling me that (lucky) Toby had now met someone else and requested his allowances to be changed again.

Now I know we had inadvertently set a precedent the first time he emailed, as we had changed his family size but enough was enough. So, we decided it was time to have a, potentially awkward, conversation with Toby about how many times we could actually change his family size to include new partners in allowances. This was certainly not a problem we expected to encounter when we carefully crafted out Global Mobility policies a couple of years ago.

However, we have a policy review due imminently and as with all policy reviews, changes often come about from unforeseen scenarios. So, we will be tightening up the wording around dependents in the hope of future proofing it better!

*name changed to protect the unlucky