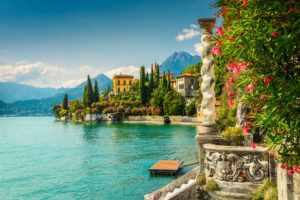 I have supported many employees and their families with their assignment around the world and generally learn new things about each and every one. Prior to them leaving the UK, I always meet with the employee and discuss their terms and conditions and tell them that if their wife/partner has any concerns I am also happy for them to speak with me too. One particular employee was a Senior Manager, a happy, family-man with a grown up son and daughter so no children to worry about taking away with them.

The employee, (let’s call him Terry for the sake of this story) was extremely laid back and not at all worried initially about going away. What is there to worry about, he knew the country because he had travelled there many time for business. However, after discussing the potential assignment with his wife, (June for the purpose of this story), he started to become more concerned and shared a lot more about her with me.

June was in her late 50’s and really happy living in a village where all her amenities are close by. You see June didn’t drive, or work, so she needed access to local stores and things to do and she wanted to replicate this on the assignment.

Terry and June went on their ‘recce’ trip. All went well but their requirements were not so straight forward. They wanted to swap their village life for something similar in the overseas location. This was not easy and many initial searches did not come up with what they desired. Terry was keen for June to embrace the lifestyle and culture of the beautiful part of Italy they were going to call home for the next 5 years. Eventually they found a house with stunning views straight out over the lake. The house was built over a boat yard and onto a marina so there were plenty of people coming and going and June would not feel lonely. This was a great find and the lease was signed quickly.

The feedback from the destination service provider was that this had not been easy to source, as they had wanted to meet the couples needs because June was profoundly deaf. It was true, when I visited them Terry would joke about her and she had no idea. She was deaf! He was not doing so to upset her but just to make a point. We all take it for granted that we can listen to everything around us all the time but for June she had to focus on the person speaking and lip read. This was going to present a whole new set of problems settling into an Italian speaking community. Believe me, this was not an area where English was spoken very much at all.

The bumpy ride to settling in

During the initial few months the weather was great and June pottered around the house and soaked up the sun. She was happy but as time went on she realised she did not want to be stuck at home all day and decided she would embrace her new lifestyle. She was going to learn the language!

June started lessons locally. In the UK she had overcome her deafness daily by lip reading but now even this was a problem because she didn’t know what they were saying in Italian. However, she embraced the learning and picked it up very fast. At least she understood it, although speaking was a little trickier with her beautiful northern English accent! Never mind she could now make herself known and lip reading was now possible too.

Time was moving on and so was June. She was no longer tied to the house, she had a new ability to get out and about and her confidence grew. Soon she found the local bus which took her to local towns where she met up with other expats. Now there were no limits. She truly embraced life with her new friends. Local lunches, evenings out and, more importantly, Milan was no longer somewhere she needed her husband to take her. There were trains! First the local bus to the station and then a 45 minute ride into Milan. Shops! The world was her oyster and she definitely embraced this.

It was great to look on and see how this assignment could have been very difficult and lonely, but with perseverance and dedication June was not going to be beaten. She decided the country was a great experience and she intended to enjoy it to the full. The children and grandchildren visited and had great holidays. Terry was able to work without worrying about June being at home all day. His only worry now was the bank balance!

All good things must come to an end

Five years past and they had a wonderful time in a beautiful country making the most of their time. They knew it would be limited and one day they would return to their home in the country back in the UK. When that day came it was not easy to say goodbye to everything they had experienced, and June definitely didn’t want to return home. She refocused her life toward the grandchildren and packed up the Italian home. They had had a fantastic experience made possible by the support of the Company.

A fabulous couple, who embraced life and the experience without letting any issues cloud their enjoyment!

Life is not easy on assignment but embrace the difference and the new lifestyle as June did and anything is possible!