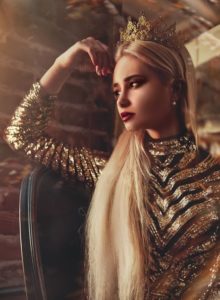 It’s been a troublesome few weeks but, as we always do, we reach the other side and can finally be relieved the nightmare is over. Although I think we are a little way off finding the funny side of the drama. It does feel like it’s taken a toll on my patience levels and not just mine, the rest of the GM team, HR, business manager, service provider………. the list goes on!!!

Earlier in the year we had a graduate come over from Hong Kong to London for 6 months. As part of her package she was provided with accommodation in a fully furnished serviced apartment – something many non-assignee graduates, I’m sure, would be delighted with.

However, before she got on the plane my GM sixth sense was alerted. The team had received numerous calls with lots of questions about what was in the apartment and what it was like. Maybe she was just nervous as this was her first assignment, but my sixth sense told me it wasn’t going to get much easier once she had landed.

It didn’t start well. Just before she landed, the serviced apartment providers changed the apartment that she was due to be staying in. They were deeply apologetic and provided an upgraded apartment for her. Most graduates would have been pleased and thought they had lucked out. However, it wasn’t that easy. Upon arrival she found it very difficult to get into the apartment and she sent many emails and made numerous calls to say that she couldn’t leave the apartment because she was worried that she couldn’t get back in. The provider kindly went over to double check and show her how she could easily get in and out the apartment.

The next call soon followed……. she couldn’t lock one of the windows. For the next two to three weeks the issues came in thick and fast, one after another. I have to say the service provider was amazing. They had the patience of a saint. The team and I were soon on first name terms with the maintenance staff. They provided us with constant updates. As the issues continued, she was offered another apartment. However, she didn’t want a ground floor apartment (which I could perhaps understand) but then neither did she want the apartment on the 8th floor as it had a tiny balcony, and someone could break in from the balcony!! On the 8th floor…… really?!?! The service provider did find an apartment she was happy with and she moved in there. However, it wasn’t long before there were issues with this apartment so, whilst they tried to resolve them, they moved her to a hotel. Then, with all issues resolved, they moved her back to an apartment.

However, the apartment only had hot running water for 15 minutes in the morning whereas the hotel had running water for much longer!! Unbelievably this was escalated internally so HR had to accompany her to the apartment in their lunch break to run the water for 20 minutes to see whether it did, indeed, run cold. The serviced apartment provider called an engineer out to fix this issue and once tested (and checked by HR) we hoped to have her finally settled in an apartment. However, the emails didn’t stop just yet. Next it was that the cutlery didn’t match, the toilet seat was loose, the cleaners had left the light and kitchen fan on and so it continued. Each email seemed like a lengthy legal document with litigious overtones.

One evening she had a ‘suspected intruder’. Someone had tried to put the key in the door to her apartment. Most likely it was either someone new to the apartment block that had got confused or someone may have had one or two beverages too many and again mistaken the floor they were on for the floor their apartment was on. They hadn’t got in and there hadn’t been a repeated incident, but this had meant another long email. By now the team had started to complete a log of the issues and we had no idea where this was going to end up.

Throughout this whole time one of the senior leadership team had been staying in the same apartments and we had not even had one phone call, let alone any lengthy litigious emails.

Eventually the calls and the emails subsided which was a relief as none of us were quite sure how she was getting any actual work done during the day when the emails were coming in at around 10 a day at their peak.

She did complete her graduate assignment and return to Hong Kong, but I hear she has now left the company. My GM sixth sense still clearly works. But what I want to know is how can we start to proactively address these types of candidates and allow them the option to freely let us know that they don’t think the assignment is right for them? How can we guide the line manager prior to the start of assignment to be able to identify any potential issues and either flag for additional support or allow the candidate the option not to take the assignment? One for us to put our heads together at the next team meeting.