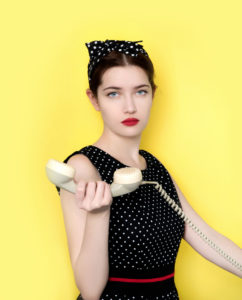 I don’t know about anyone else but last week had me a little on the back foot. Starting work on a Wednesday threw me a little. It seemed to continue the fog between Christmas and New Year when you lose track of the days and a midday G&T is acceptable as another round of friends and family appear. Whilst being back at work makes a midday G&T entirely unacceptable, the need was reduced by the fact that my inbox didn’t seem too bad. Most assignees and team members had taken the same time off and not all were back. So, with a large cup of tea I headed into my emails that had been hastily abandoned with festive cheer on Christmas Eve.

Half way through my cup, I received a phone call from our Household Goods (HHG) shipping provider, whose packing crew were just starting to pack up a farmhouse in South Africa, to move one of our assignees to Amsterdam.  The HHG contact advised me that the assignee’s husband had a large collection of guns for hunting game, which he wanted to take with him to The Netherlands.  I told them I would speak to the assignee, who I then rang and politely told her that they wouldn’t need to take the guns with them to The Netherlands, as there was no big game there to hunt and besides, it would be illegal to ship the guns!  I persuaded them to arrange for them to be left in secure storage in South Africa. Issue averted I went back to my cup of tea and emails.

A little while later, I had another phone call from the HHG contact who advised that the same packing crew had moved on to pack up some outbuildings on the farm and discovered that the assignee’s husband was a goldsmith and had a full goldsmithing workshop in one of the outbuildings. While very little surprises me when it comes to assignees, this was indeed a new one on me! Needless to say, I had to make another phone call to the assignee to ask her why she hadn’t mentioned the workshop, with all its equipment (never mind all the gold as well!) and that we wouldn’t cover the costs of this.  I left her to then have the discussion with the provider and crew and make the necessary arrangements herself. It did leave me to ponder how thorough the pre-move survey had been!

The rest of the day went well, and I began to feel like I might actually start the year, albeit briefly, in control of my inbox. I still wasn’t quite sure which day of the week it was mind! Whilst trying to figure this out the phone rang again. This time to inform me that the assignee’s husband had several hunting trophies, including spears and various taxidermy animals.  The answer………. still no! I politely managed to persuade the assignee and her husband to leave all of those in storage in South Africa as well!

In the end, despite the calls during the packing, the rest of the pre-assignment preparations went smoothly. But, I think it may be a bit of a culture shock for them, moving from a large farm in South Africa, to a townhouse in the middle of Amsterdam.  Thankfully she is a lovely assignee, so it is a pleasure to support her and her husband and certainly helped to get the brain back up to speed!