I know I’m not the only one who has had to address the Coronavirus issue and put in plans for their assignee population, but it sometimes feels like I have a disproportionate number of assignees that often feel rules and procedures don’t apply to them and this latest crisis once again validated my theory.

Given that we had assignees in Wuhan, when news of the Coronavirus broke, I ensured I was part of the internal conversations with the various business leaders in the region as to how, as a company, we should handle this and support our employees and assignees. Following a number of conference calls, it was agreed that there was no need to mass evacuate employees and assignees from the area and we would comply fully with local and national government guidelines and restrictions. For the assignees, it was agreed that Global Mobility should send out a communication to the assignees. I also copied in local HR as they are our eyes and ears on the ground and often bring issues to light that could potentially go under the radar.

A day or two after the communication had gone out, it surprised me somewhat to see the Head of Asia Operations (based in Wuhan no less and one of our assignees) stroll through our HQ offices towards my desk. ‘Good morning Barry*’ was all my filter would actually allow me to say as a million other phrases were running through my head regarding his surprising appearance back at HQ. ‘Hi Gina’ he replied, grinning like a cat that just got the cream. ‘I saw your email’ he continued ‘and thought I’d just come to let you know that I decided I wasn’t going to hang around to see how the crisis escalated so headed to the airport, jumped on a plane and came home. Just thought I’d let you know in case it affects my tax status in any way.’

Was there something I missed?

My brain was frantically re-running the conversation from the conference call only two days ago…… so you were in agreement with the decision that was made to support the assignees and employees in the city and then suddenly you’re a Captain that decides to jump ship first! I thought Captain’s were supposed to be the last to abandon ship. I was literally fuming. I know his team would be able to contact him by phone and by email but there’s nothing that says quite the opposite to ‘We’re all in this together’ like a business lead in a different country that has u-turned on the business decision in less than 24 hours. My only professional answer that my filter would allow was ‘I’ll let the tax advisors know and see if there’s anything we can do to manage this’.

Letting off steam over coffee

After a rant at the coffee machine with the team I felt much better that it wasn’t just me thinking that the assignee’s ‘me, myself and I’ approach was somewhat jaw dropping. However, that feeling didn’t last long when I came back to my desk to discover an email from local HR in Wuhan. One of the assignees was on a two-week holiday in Thailand……. on his own…. whilst his family remained in Wuhan apparently believing he was on a business trip. It didn’t take a rocket scientist to read between the lines on this one.

Oh jeez……..nothing like a crisis to put a spotlight on inappropriate behaviour.

As the coronavirus spreads across the world and my inbox is filling up with more assignees questions or replies about how they think that the rules and procedures don’t apply to them, I realise I will need to dig real deep to find a level of patience and resilience I never knew existed.

I’ve heard alcohol is an effective way of preventing the spread of coronavirus. However, I think what I need to prevent me losing the plot with this bunch is a nice cold G&T.

*Names have been changed to protect the innocent!

Recent news has definitely brought back a feeling of ground hog day or déjà vu, just at the point that … 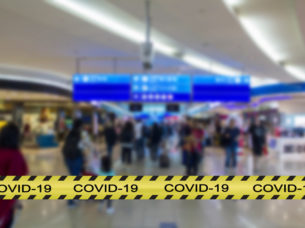 This week a new variant of Covid-19 has been identified in several southern African countries, leading the UK to expand … 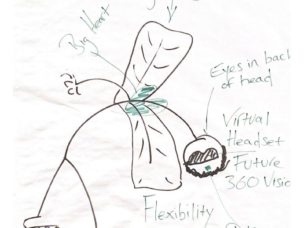 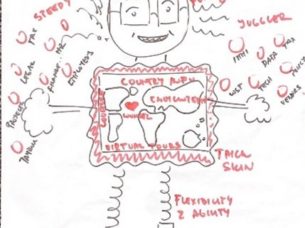 It felt surreal stepping back into the lovely room at PwC where, 22 months prior, at the first Symposium Huddle …