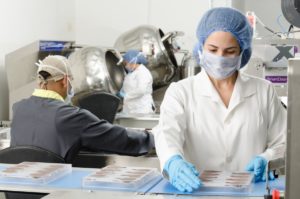 At the end of a usual week where payroll calls have come and gone, escalations have been dealt with and everyone has drunk enough coffee to last a lifetime, it’s only fitting that at 3pm on the Friday afternoon an HRBP from Spain gives you a call out of the blue with an urgent update.

What could possibly be so urgent, I hear you ask?

“Hello, hello, it came to my mind that I ought to inform Global Mobility that in 10 days we have some factory workers going to Sweden to help deliver year-end target. I take it as my responsibility to inform you, as I had a thought that you should probably be involved.”

Of all the things that you wish you could say, that time of the week had arrived meaning laughter was our response. We of course thanked our colleague for calling and then set about trying to find out more. Upon further digging it appeared that this was in fact a mini project involving 20 employees in total (from Spain, Germany and Belgium) and these conversations had been taking place for weeks. Each country had drafted an assignment letter, completed briefings/presentations, gone outside of our global processes and Spain had even created a travel brochure for the factory location in Sweden (it even convinced me that a remote Swedish village was the place to go!).

Then all the fun stuff started

Had anyone thought of payroll, standardised assignment letters, tax implications, A1 certificates for everyone, Posted Worker Directive… (what’s that?). What are global, streamlined processes for anyway?

We immediately set up a call with HRBPs for the following Monday from all three locations, and the factory manager in Sweden to understand where we were in their process. I soon learned that to try and standardise this in the time that we had available would be too much, especially given that the topic of conversation had progressed to how many overalls and hair nets to order and in what sizes rather than immigration compliance.

At least there was one positive

Further calls followed, but outbound travel was days away now and it was still proving difficult to get the message across on what we needed to do. Belgium out of nowhere had decided to sort its own A1 certificates and travel for employees, while Spain and Germany were trying to have a more uniformed approach. One positive was that accommodation for each employee had already been sourced. Some would be house sharing with each other (some eyebrows were raised) and others lucky enough to end up in a lodge on the nearby lake! Still, every conversation was highlighting the reason for having a Global Mobility Team in the first place.

As the project came to an end a few weeks ago and the last A1s trickled in, the HRBP in Spain shared that the project had been a huge success and a great experience for all our colleagues who wouldn’t normally have the opportunity of an international assignment. It was probably the right sized overalls that made all the difference!

The opportunity was taken to share the key takeaways from the project to make sure we are involved earlier next time, but to hear the employees found it rewarding regardless was great. As they say, ‘Happy assignee, Happy GM Manager’.

Now, pass me another coffee, and where’s that Sweden travel brochure…