Change very rarely happens quickly. You could probably count the number of important social changes that happen within a year on one hand. Try it; you’ll spend about ten minutes attempting to account for all five digits. If you work for an employer with expat opportunities you might have missed the slow but inevitable rise of female assignees.

As a comparison let’s look back to the early 1990s. We’re in the offices of a non-fictional media company operating in Germany, but staffed mainly by British expats and supported by a minority of local professionals. Taking a walk through the office we see a gender mix of around 7:3 in favour of men. What isn’t apparent is that every single one of the women in the building is there because they have taken a relatively low paid, low status ‘dependant’ job saved mainly for wives of expat employees. In a nutshell, the women are all secretaries and PAs.

In 1993 this anonymous (for obvious reasons) media company employed around 80 male expat employees and exactly 2 women. 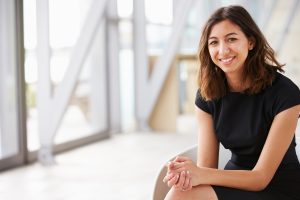 What has changed for female assignees?

“For profitable firms, a move from no female leaders to 30% representation is associated with a 15% increase in the net revenue margin”. Companies may be realising that they are more than just an emotional or cultural asset. Women are good for profits.”

Anecdotal evidence shows a rising female representation in overseas offices, and according to a recent expat survey for NatWest International, responses from female expats are up 116% in the past 5 years. Even better, many of the women who took part are now in senior executive roles. It’s a far cry from the male domination of the early 1990s, and while parity still hasn’t been reached, it’s a big stride in the right direction.

It’s not just the numbers that are changing. The rise of female assignees has promoted a similar rising tide in awareness with books like ‘Moving Without Shaking’, a self-proclaimed guide to successful expat life aimed at women. The author, the successful businesswoman Yelena Mackay, says, “Back in the 80s a typical expat was a male taking his wife and children with him. These days it’s single women under 30 or sometimes those taking their boyfriend with them.”

Is it Because the Pay Gap is Narrowing?

It might be a little shallow to start by looking at the money motivator, but it’s clear that women in their 20s are doing rather well when it comes to punching the same weight as their male counterparts. According to data from the UK’s Office for National Statistics, women aged 22–29 earned £1,111 more per year than men of the same age between 2006 and 2013. The pay gap changes for the worse when we start to look at women in their 30s and above.

Near pay equality for women in their 20s might makes an assignment a far more attractive financial proposition. Maybe in this case money does talk, and quite loudly.

A recent study, “Is Gender Diversity Profitable? Evidence from a Global Survey” shows that the more women that are employed by a business, the greater the profitability. The study doesn’t explain why this happens, but goes on to show compelling evidence of the result; “For profitable firms, a move from no female leaders to 30% representation is associated with a 15% increase in the net revenue margin”. Companies may be realising that they are more than just an emotional or cultural asset. Women are good for profits.

Women Are a Better Fit for Expats Posts

Overseas employers have, according to a survey in 2014, found that hiring women benefits the business because of their ability to connect with people in a very human and genuine way. While employers were primarily looking for candidates with excellent networking skills, fluency in a foreign language and strong selling skills, there was another compelling reason to hire women.

Dr Ines Wichert is the Co-President of the Professional Women’s Network. She says that ‘…women are well-suited for international assignments due to their strong interpersonal skills which can make an important difference when a person has to show cultural sensitivity and build relationships with new colleagues and customers once abroad.’

Their research found 85% of female expats claimed that moving abroad had accelerated their career, 78% had seen a strong rise in their salaries, and 95% said it allowed them to develop the necessary skills to become better managers and leaders.

The Rise of Female Assignees Might Be a Choice

Finally, perhaps more women are simply choosing expat jobs. There are tangible benefits on offer to them. International assignments provide a superb career development opportunity for women according to authors Stacie Nevadomski Berdan and Perry Yeatman who penned the book ‘Get Ahead by Going Abroad’.

Their research found 85% of female expats claimed that moving abroad had accelerated their career, 78% had seen a strong rise in their salaries, and 95% said it allowed them to develop the necessary skills to become better managers and leaders.

While the gender gap is still a reality, it has shrunk. Women in international offices are far more likely to be managers, not minions. And while employers are helping to set the trend by actively choosing potential female assignees, it’s hardly surprising that women aren’t saying ‘thank you’ so much as ‘About time!”

It’s a change that’s been a long time coming.

If you have additional questions then why not speak to Learnlight at our next Bite Size Briefing. You can take a look at our Events to see when the next one is coming up.

Alternatively, you can find their contact details in our Trusted Suppliers Directory