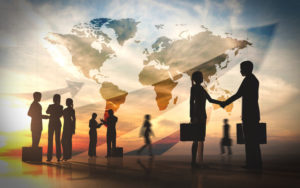 With a booming economy and continued access to the European common market post-Brexit, international business should keep an eye on Ireland. Here’s a quick summary of the most common work permission routes you need to know about.

Economy, Labor Market, and Brexit… in one minute

Interest in Ireland as a location for international business is on the rise. Europe’s fastest-growing economy for the last five years, the Irish economy is forecast to post around four percent GDP expansion this year. Employment numbers for the month of May back up this sunny picture – with unemployment falling below five percent, indicating essentially a position of full employment.

In the World Economic Forum’s (WEF) Global Competitiveness Index for 2018, Ireland ranked 23rd of 140 countries for its business-friendly climate – placing it around the middle of the rankings among its 28 highly competitive European neighbors. However, where Ireland excels in the rankings is the “Labor Market” pillar – where it ranks 7th in the world, bested in Europe only by Switzerland and Denmark.