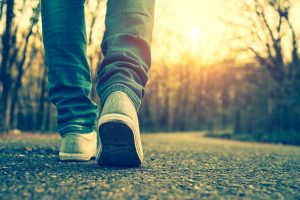 They say you can never truly understand someone until you’ve walked a mile in their shoes.

As Global Mobility professionals, we all try and provide utmost levels of empathy when dealing with expats. But, aside from the mumblings and grumblings – what do they really think? Well I thought I would ask….

Before Christmas I got in touch with some expat friends and colleagues from old and asked some of our Expat Academy members if they would mind asking their expats the following questions:

Overwhelmingly the biggest highlight for those we asked was the personal and professional growth they felt whilst on their assignment. Some commented that the learning curve steepened (to varying degrees) and pushed them outside their comfort zone but they had enjoyed the challenge this presented. They felt they were really able to make a difference and the feeling of accomplishment was greater than they had felt in their role prior to the assignment. One went as far to say that, upon his return, he felt he was still able to maintain the good working relationship that he had developed whilst on the ground in that location, due to the structures and teams that he had been able to put in place.

Others enjoyed the security that the assignment terms gave them, knowing and understanding the organisation’s culture and having the safety net of a job to return home to.

Additional common highlights for many included meeting new people, growing their network, managing cross cultural teams, experiencing the local culture, the local art and, sometimes, a very different environment. One, in particular, said they felt they had met more new people on assignment than they had in their entire life while another said they had made lifelong friends with people from different backgrounds as they met a lot of families in similar situations but from different home locations. One, perhaps unexpected, highlight was the lack of distraction from a wider family gave them more time on their hands to explore as a family.

The professional development was something that surprised some even though they had dealt with different jurisdictions during their career and attended meetings whilst on business trips. They found that actually living in the host location allowed them to have countless varied professional interactions. They also felt they learned how to adjust better to different leadership styles and managing large scale change. One in particular enjoyed the opportunity to work at the organisation’s HQ as it gave a very different perspective. For others, the people, the welcoming response and the diversity in the role went beyond what they had expected.

Others underestimated the difference in culture initially but enjoyed the achievement of successfully managing and motivating their team once they had grasped some of the cultural differences. For one it was the change in working culture that focussed on output as opposed to presenteeism that was the biggest change and the resulting change in work life balance was an unexpected positive experience.

On the less positive side, one pointed out that they were surprised by the complexity of the administration they had to sort out in the first few months.

When it came to repatriation, a few of the assignees felt that they had expected a different approach from the home country in terms of using the skills they had developed on assignment to benefit the organisation and were left disappointed when the new skillset was largely ignored.

Stressful part of the relocation

For many of the assignees the issues with the relocation mainly centred around settling in. From going around in circles with the process of buying a car in a location where you have no credit history, to settling the family including registering for a GP, utilities, bank accounts and finding where to shop. Even for the assignee that had a company car, getting another car sorted for his wife to drive the children to school was also time consuming and required additional support from the organisation as they had no credit history.

Interestingly assignees said they struggled to find information with which they could make informed decisions on everyday living queries. Things like where the best place was to shop, the different types of railcards and setting up Direct Debits.

Some found the delays to their shipment particularly stressful as they had to live out of suitcases for an extended period of time.

For others having such little time to make the right decision on choosing somewhere to live was stressful. Especially as the host city, the transport links, local amenities etc were unfamiliar.

For assignees on a split family arrangement they found the separation harder than they anticipated but the opportunity for the family to join them for a holiday was something they all felt they benefited from.

One mentioned there had been stressful conversations and disconnect between Global Mobility and the business about bringing additional assignees onto a particular project. I’m sure many Global Mobility professionals have shared this frustration if the business is not clear at the start as to how they expect to resource a project.

For one assignee it was the Russian bureaucracy that he found particularly hard and he ended up taking a stress management course taught by a professor of psychiatry at Moscow University. She advised the assignee to write about his problems and sum them up as weekly ‘adventures’. He found this a useful way to view the experience.

Some assignees, whose organisations used an outsourced provider to manage much of the relocation, felt that the process was not as joined up and as smooth as it should have been and this made the start of the assignment a little ‘bumpy’ and prohibited them from ‘hitting the ground running’.

For those fortunate enough to have this included in their host based policy, the right to return to the home country, if assignment extension or localisation was not something the assignee wished to do, was the thing that provided the most comfort.

For others the temporary accommodation provision, the destination services assistance, the home leave (although one did mention it was too generous as he couldn’t utilise it all), the international medical cover and tax return assistance were all cited as valuable parts to the assignee. The medical cover was particularly important for those that had required medical treatment in the host location and the local care was not so comprehensive.

One assignee moved as part of a group and they found that sharing the experience and concerns with each other was very valuable.

Another, on short term assignment, found the daily allowance most valuable as it removed the concern over exchange rates and transferring money. They also commented that well organised accommodation close to the office really helped.

One assignee, in particular, rated his compensation package as the most valuable part of the policy as it gave him the freedom to buy a cottage by the sea!

It just goes to show how varied assignees, and their priorities, are and how hard it can be to have a policy that pleases all!

Those asked this question responded in one of two ways:

Suggested support for future assignees included having an assignment buddy – someone that was already out there on assignment and would help navigate through the cultural minefield and assist the new assignee in getting set up.

Others wished there was more help with getting funds over to the host location as they were paid solely in the home location.

One assignee felt the policy was a little prescriptive and it may have been helpful if there had been some flexibility within the policy entitlement especially as they were being exposed to new cultures and were not entirely sure what they would need to take.

For others, they felt it would have been useful to have additional destination service assistance that provided advice on things such as navigating the public transport system and how or where to buy tickets. A few assignees would have liked Additional advice on the social aspect outside of work to allow them to increase their local network, such as a list of clubs relative to their interests.

One assignee felt that intensive language training would have been really useful.

For those that found additional support outside of the policy one reoccurring comment was the help and guidance they had received from fellow assignees and friends. Especially important was the family network outside of work so that the partner and children did not feel isolated.

But there was one assignee that provided, what I thought, was an interesting insight. He didn’t feel there was a need for additional support outside of what the organisation included in their policy as the organisation chose fairly resourceful and resilient people to go on assignment! Perhaps that’s an underlying characteristic that many assignees have in common and is part of what makes them successful in a new location. After all, it is a major change to take yourself and / or your family away from everything they know and their network and start all over again in a location where the language, culture, local community and the local amenities can be so vastly different.

Thanks to all those assignees that provided input. I promised you would remain anonymous but I really appreciate the time you took to provide your interesting insights.

Why not sign up for our next huddle session (Symposium Huddle on 10th May 2018 and Club 100 Huddle on 17th May 2018) when we often look at policy provisions in more detail. Is it time we look at some of the relocation support under a new light.