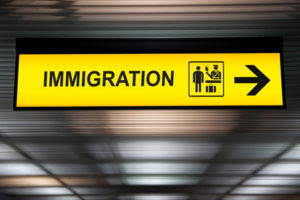 The Immigration and Social Security Co-Ordination (EU Withdrawal) Bill passed its Second Reading in the House of Commons on Monday 18th May 2020.

The House approved the general principles of the law by 351 to 252. The legislation will now go on to receive further scrutiny in both Houses.

A further step towards a new UK immigration system

The Bill is the most important piece of legislation to affect domestic immigration law since the European Communities Act 1972. At its core, the new statute ends the free movement of persons in UK law and makes European Union (EU), other European Economic Area (EEA) and Swiss citizens, as well as their family members, subject to UK immigration controls.

The Bill ends the EU’s rules on free movement that are retained in UK law by the European Union (Withdrawal) Act 2018 (EUWA 2018) and repeals section 7 of the Immigration Act 1988, which exempts EU citizens from requiring leave to enter or remain in the UK.

At the end of the Brexit transition period, currently set for 31 December 2020, citizens of the EU, the EEA EFTA states of Iceland, Norway and Liechenstein, and of Switzerland, and their family members, will require permission to enter or remain in the UK under the Immigration Act 1971.

The Bill protects the immigration status of Irish citizens once free movement ends. It also contains provisions for the Government (and/or, where appropriate, a devolved authority) to amend retained EU legislation relating to the social security co-ordination regime, which is also retained in UK law by the EUWA 2018.

Furthermore, the law contains powers to amend, by regulations, legislation in consequence of, or in connection with the ending of free movement. This will enable the alignment of treatment for EEA and non-EEA citizens as part of the future immigration system.

The progress of the Bill through Parliament is significant legally and politically. The Government remains committed to completing the legislative requirements of leaving the EU institutions by the end of the year, despite the COVID crisis. Repealing the free movement of people and designing a “one-world” immigration regime is at the core of this transition.

In February, the Government published a policy statement setting out its approach to a new points-based system that will place EU and non-EU citizens on a level playing field. The focus of the policy will be to attract “the most highly skilled workers, skilled workers, students and a range of other specialist work routes including routes for global leaders and innovators”.

Shortly after the February announcement, the COVID 19 pandemic engulfed the world, bringing with it an economic crisis of unprecedented proportions. Over the next few weeks and months we will understand the extent to which the pandemic has changed political and public opinion regarding Brexit and, in particular, the suitable parameters of immigration policy, notably:

For now, the Government appears to be holding firm both in terms of policy and timescale. Whether this position is practically and politically sustainable will be determined over the coming weeks.

It’s been another fantastically busy week this week with a number of virtual events including an APAC hangout, an EMEA hangout, …