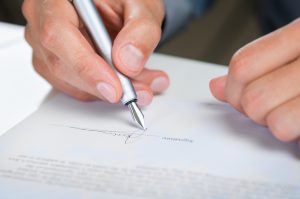 So how many times in your career have you helped an assignee to relocate on assignment or repatriate, only for them to hand in their notice and walk straight in the doors of your competitor?

All of that financial investment by the organisation, but can you get any of it back?

I once had an assignee who negotiated an additional salary of £50,000 upon his repatriation, payable monthly at £5,000 per month with the first two months up front. As this amount was part of his new employment contract, it did not fall under Global Mobility’s remit. The part that did fall under our remit was his repatriation allowance and in the assignment letter there was a clawback that 100% of it had to be returned to the company if he left within the first year of his return (50% if less than 2 years).

Upon his return, his repatriation allowance was processed by the GM team and paid. The home country manager was keen for him to start in his new role and did all he could to accommodate his return dates and prompt payment of the additional salary of £10,000 in the first month. Unfortunately, there was a delay in the payment so the assignee did not receive it on the Wednesday. On the Thursday, he complained to his manager who escalated the issue and so a same-day payment was made. On the Friday, he resigned!

The manager and HR had no idea he had been negotiating a deal with another organisation for a role after he had repatriated. The note from the manager was clear that he would be leaving the organisation within the week and any money due back to the organisation should be deducted from his final salary. We notified the assignee that payroll would withhold his repatriation allowance from his final salary as per his assignment letter but HR could do nothing about the £10,000 payment. In the frantic bid to get his new employment contract agreed and the assignee starting on a new project, no-one had inserted a repayment clause in his employment contract for the additional salary payment.

There is nothing like a few fuming red faces to get a process changed quickly and additional checks put in. I think the assignee chose not to argue about the repatriation allowance repayment – it certainly wouldn’t have improved the situation. But had he chosen to, how enforceable are repayment clauses? When looking at assignees on assignment, what should be taken into consideration when wording the repayment clause especially as they fall under two legal jurisdictions. We all know the assignee will try and choose the most favourable jurisdiction to claim the repayment clause does not apply!

So, what should be considered when adding a repayment clause to an assignment contract?

“Careful drafting of repayment clauses is essential – ask yourself what could possibly go wrong and then draft the wording to protect against it! Also, check-out the local law relating to repayments and deductions from salary if you are likely to need to enforce the repayment outside the UK.”

Why not join us at the Bite Size Briefing on 8th March to hear more from Annabel about Employment Law hotspots from around the globe. To register click here